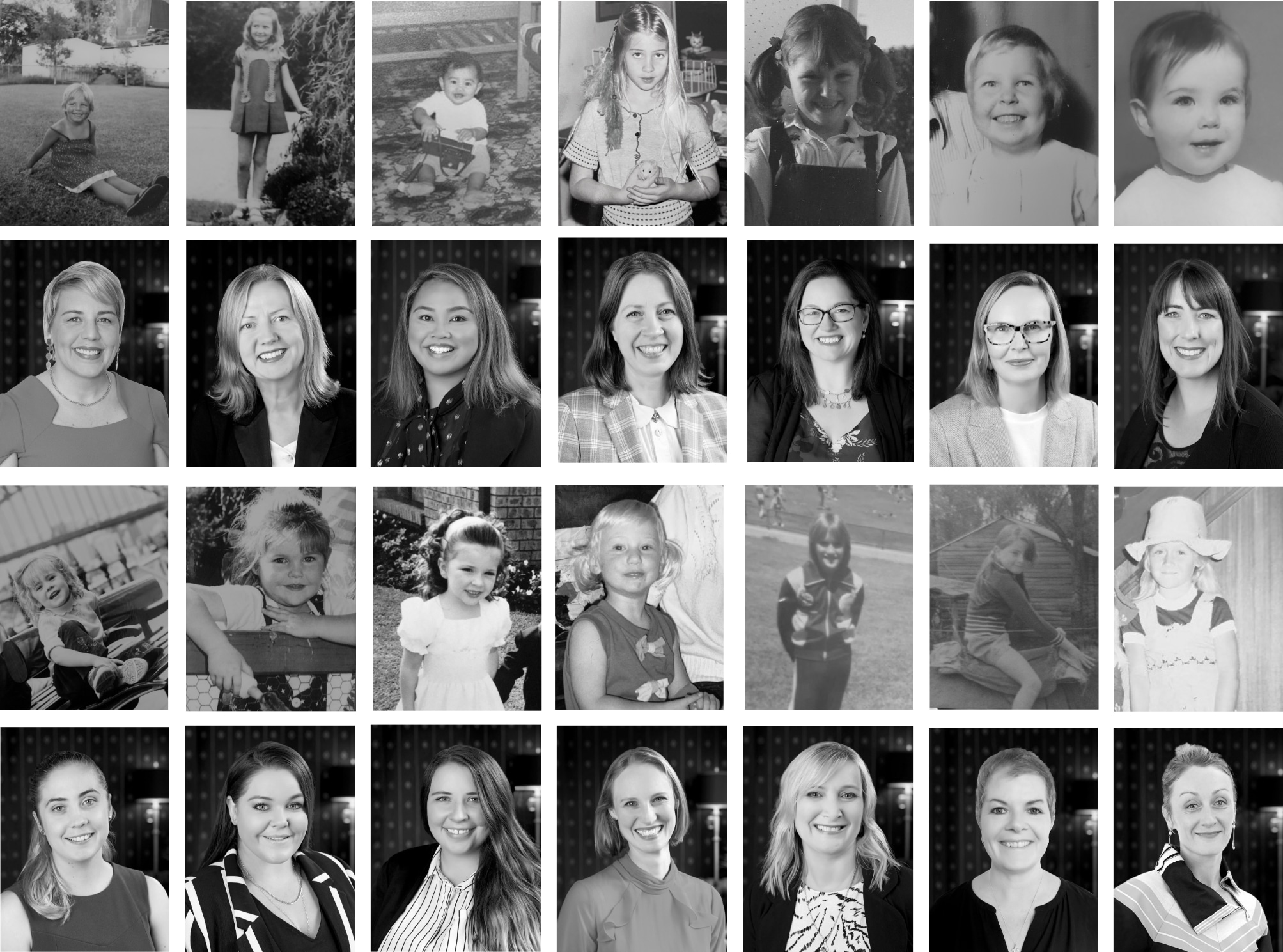 October 11 is UN International Day of the Girl Child, a day where we together recognise the unique challenges girls face around the world and seek to advance the rights of girls and women.

In honour of this day, Pearce IP has given a generous donation to A21, a charity chosen by the Pearce IP team, whose mission is to end slavery by breaking the cycle of trafficking.

We asked our CEO Naomi Pearce, our Head of Litigation Katrina Crooks, and our Head of Prosecution Jennifer Enmon PhD, some questions about the challenges they faced as girls.  Raised in three different countries (Australia, New Zealand and the USA respectively), their experiences were similar, and the challenges they faced in the 1970s and 1980s remain contemporary.  With 9 university degrees and more than 65 years of legal practice between them, these leading IP ladies discuss their life goals as young girls, the gender challenges they have overcome, and advice they would give to the young versions of themselves, given the chance.

When you were a little girl, what did you want to be when you grew up?

Naomi: A medical missionary, living in a mud hut in Africa, treating the poor and vulnerable with life saving medicines.  [Not entirely unrelated, as a pharmaceutical patent lawyer & attorney, I am proud to have supported clients supplying life saving medicines around the world for more than 20 years.]

Katrina: Mainly, I thought I wanted to be a teacher.  Although I didn’t end up taking that path, using my skills to help others is something I’ve always been passionate about.

Jennifer: When I was young (actually from about 10) – I passionately wanted to be a pathologist!

Can you share an example of when someone tried to limit you because of your gender, and you proved them wrong?

Naomi: My sisters and I were blessed to be raised by a fiercely intelligent and successful mother, who instilled in us at a young age that we could be anything we wanted to be if we set our minds to it, and I whole-heartedly believed her.  My gender just never seemed relevant to whether I would succeed… except when I signed up for the local cricket team at age 11, and I was told that I was not allowed to “under the constitution” because I was “not a boy”.  Undeterred, I convinced the grown-ups to amend the constitution to allow girls to play!  (In parallel I “punished” them for their “stupidity” by never joining the club!).  Too often law firms present as a “boys club”, with subtle and perhaps subconscious cultural norms mirroring those of that cricket club in the 1980s.  As a woman I am still working toward changing the rules so that female lawyers can shine and thrive!

Katrina: I would say that the challenges I have faced as a result of my gender have been a lot more subtle.  There are a myriad of ways in which motherhood has seemed at times to be ‘career limiting behaviour’.  With support from the right people, both professionally and personally, and a fair amount of grit to keep finding the path that works for me, I (like so many women) continue to navigate that journey daily.

Jennifer: I wish I could say it was longer ago or only a one-time event.  In Utah, as a law student (circa 2002), during the moot court competition my critique was that I was awkwardly tall – a critique that I think would not have been made to any of the male students.  With that experience, I became more aware of being dismissed merely because I was a woman.  It is an experience that has unfortunately been repeated on a number of occasions throughout my career where in the presence of male colleagues it was assumed I was support staff rather than another lawyer working on the case.  I am keenly aware of the need to do more to address and correct these types of treatment and assumptions.

If you could give the young you some advice regarding gender inequality, what would it be?

Naomi: Your mum is right.

Katrina: Don’t be scared to be an activist for change!  Because change won’t happen by itself.

Jennifer: Don’t be afraid to be the best and smartest in the room!!

Why are you passionate about encouraging and enabling girls (in particular) to thrive?

Naomi: I recognise that not everyone has Mum’s wisdom, and many little girls receive and live by a different narrative. I am passionate about seeing girls and women SHINE, unconstrained by the limits others would seek to impose on them because of their gender.  I love it when wise and secure people enable and further the opportunities of the worthy, and look forward to the day when -truly- gender is irrelevant to opportunities and success.

Katrina: So many talented and strong women before me paved the way for the opportunities I have had as a woman, but by no means are we there yet.  Girls (in particular) face so many complex challenges navigating today’s world.  I feel it’s my responsibility to put my privilege to use where I can to encourage and enable them to thrive.

Jennifer: I hate that little girls get play kitchens and little boys get tools.  I want girls to know they can do anything (science and maths included) – it doesn’t have to be a “girl thing” and it most certainly can be a “boy thing”!

“We are really proud of Pearce IP’s overachieving and successful women, and celebrate their incredible resilience and success.  The vast majority of Pearce IP’s leaders and team are high achieving women.  Women currently make up 84% of our firm, 100% of our Executive Lawyers and 83% of our non Executive Special Counsel/Director level leaders.

In honour of International Day of the girl Child, it is a privilege to give to A21 today, to support the plight of victims of human trafficking, and to be part of a movement to end slavery.”